We backpacked the Rawah Lakes Loop this past weekend. We walked with the pack for 21 miles in three days and two nights. It was gorgeous! But rainy for a small part of the time. I always prepare for rain but have hardly ever needed to use the rain gear here in Colorado. This was an exception. The lushness of the forest was worth it though. The woods were so green and moist and accented by the bits of rain on them. Another bonus, the riparian nature of this area is great for moose! We saw three moose – two at Twin Crater lakes and one near the West Branch trail head. Of course, there were many fungi. Love it.

It was slightly overcast when we started around 12:30pm at the West Branch Trail Head. About 90 minutes later it started drizzling, which felt pretty nice. About an hour after that it started raining. It stopped when we got to a campsite next to a meadow below Twin Crater Lakes. The rain ceased for the remainder of the evening and we hiked up to the lakes. These were the most beautiful lakes of all the lakes we saw on this trip. The alpine landscape was dotted with large- and medium-sized rocks and we saw our first moose (two actually)!

As you can see from the photo, one of the moose arose and stared at us. We didn’t stick around that long.

The next morning we woke up to the pitter-patter of rain on the tent. It rained for the next hour and a half. Reluctantly, we exited the tent to have coffee and breakfast. It continued to rain. We were not pleased.

Around 9:30 am the sun slowly came out and we noticed all the flowers in the meadow. Seth enjoyed the sun and I got a few flower shots.

Mostly with the encouragement of Seth, we continued on and risked more rain but hoped for little. We hiked a very gentle path to Grassy Pass where we could see Rawah Lake No. 3.

Grassy Pass had lovely views not only of the lake but also of the surrounding hills.

After a few stream crossings, which Dempsey tackled very well, we made it to Camp Lake. We set up camp and then retired to the lakeside to watch the somewhat menacing clouds. I also took more flower photos.

Mac n Cheese (deluxe) with a poblano and sliced garlic brought us back to camp. While we prepped dinner Dempsey gave in to his tiredness.

The next day we packed out and only saw a little rain in the morning. The fungus was quite good on the hike out.

Yes, this is all fungus (perhaps a slime mold or two?).

Below is a close up of the tree fungus above.

Just about the last thing we saw was a large bull moose almost on the trail.  Seth scared it away and we made it back to the car.

There it is, in the far right top corner of the photo above: Mt. Harvard 14,420’ tall. That is Seth and Dempsey preparing for the strenuous hike to the top. Strenuous for me anyway. I mean it is a 14 mile round trip hike if you start from the trailhead. We started hiking around 6:00 am and summited at about 10:15 am.

The forest through which we hiked between the trailhead and tree line was lovely.  We saw some fungus but not as much as I expected.

The weather was perfect. Lots of blue sky with harmless puffy white clouds. This is Seth just before the top.

The hike back gave us views of the valley and the surrounding mountains, and Bear Lake for a while.

After the long hike we went straight to Salida for Amica’s pizza and beer.  My love affair with this state gets better with each year.

By the time I deboarded the bus yesterday the sun was out. This is remarkable because It rained for nearly all of the previous 48 hours.  This sort of weather is atypical for summer in Colorado. I was anxious to get into the backyard to explore and see how the garden was doing.

The excess moisture yielded many mushrooms, some very small:

The succulents had slightly tightened up, perhaps due to the relative chill during the rain.

One of our pepper plants has beautiful white flowers dripping from its limbs.

The sunflowers are almost as tall as Seth and they are forming flower buds.

Even the raspberries are coming in. The bees are hard at work on them.

We are happy about the garden progress! 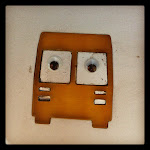